Obinim arrested, charged with publication of false news and forgery

The police have arrested and charged the founder of the International God’s Way Church, Bishop Daniel Obinim for publication of false news.

The police have arrested and charged the founder of the International God’s Way Church, Bishop Daniel Obinim for publication of false news.

The popular pastor was also charged for forgery of a document contrary to sections 208 and 159 of the Criminal and other offences Act, 1960 (Act 29) respectively.

Police say the controversial pastor was arrested on Tuesday but did not give details of the news he is alleged to have published or the forged documents. They added in a statement copied to JoyNews that Obinim is also being investigated for other offences levelled against him. 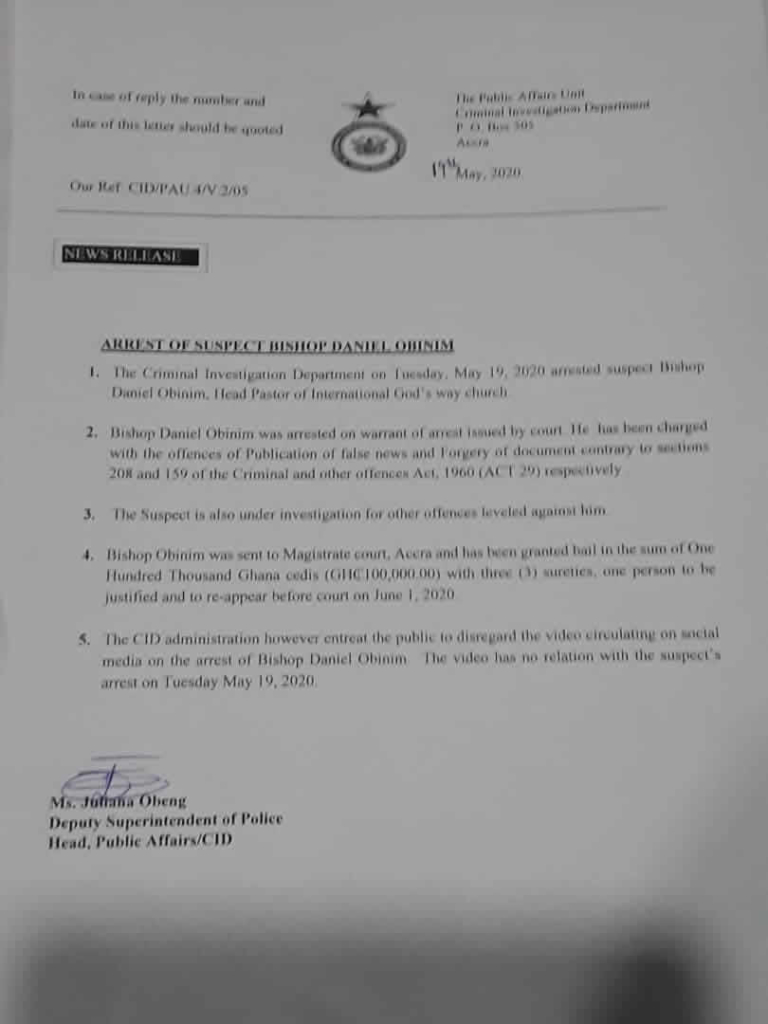 Last week, social media was awash with claims that the pastor, who says he has been to heaven, had been arrested by the police following a complaint by Assin Central MP, Kennedy Agyapong. But according to the police, those reports are false.

The Criminal Investigations Department entreated the public to disregard a video circulating on social media on the earlier reports of the arrest.
“The video has no relation with the suspect’s arrest on Tuesday, May 19, 2020.”

Police say Bishop Obinim was sent to the Magistrate court in Accra and has been granted a ¢100,000 bail with three sureties, one person to be justified.

No Images or Users ID and Access Token incorrect